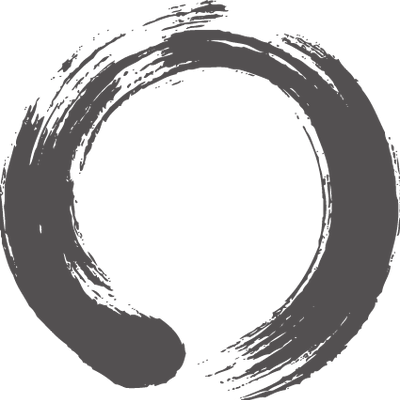 What does Ruby Koans do?

Ruby Koans is an online resource for developers with some experience programming in Ruby and want to learn more about the language, syntax, and structure, as well as some common functions and libraries.

The program is broken up into 282 koans, which are files that include lessons on subjects such as arrays, class methods, and constants, as well as larger projects. Users download the koans (files), which help programmers learn how to use Ruby through hands-on assignments. Some koans require users to substitute the correct answer for an incorrect one, while others ask users to supply their own solutions. Before they attempt to solve the problem, users run tests and see where the code fails. As soon as the test fails, Ruby Koans helps the programmer identify how they can improve the code. The koans should be completed in order, as new lessons build on previous ones.

In addition, Ruby Koans has a list of other resources that users can consult to further their Ruby knowledge. For instance, they can check out sample solutions on the Ruby Koans GitHub page, as well as further readings and resources for those with no prior experience programming in Ruby.

Who is Ruby Koans for?

Intermediate and advanced web developers and software engineers who have prior experience programming in Ruby on Rails can benefit from Ruby Koans. The program is a good option for those who are self-motivated and interested in learning how to improve their skills through hands-on practice and projects. They do not provide access to mentorship, instructors, or peers.

What does Ruby Koans cost? How much work is involved?

Ruby Koans is free. To start using the resources, users must install Ruby with a version number greater than 1.8. Once they have Ruby installed, they can download Ruby Koans and begin learning. There is no need to create an account.

In general, online reviewers felt that Ruby Koans was a good online resource for experienced programmers to continue learning Ruby on Rails.

Users on a Reddit thread debated whether or not Ruby Koans was a useful resource for learning Ruby on Rails, with most deciding that it was helpful for intermediate and advanced programmers, but not beginners. According to one user, “I don’t think Ruby Koans are a good way to learn the language, but I think they’re a great way to practice what you learn. Koans are like homework. They’re a way to test what you know.” Echoing this, another user said,the files are “good for people who already know the language to solve unique and interesting problems. Then you look at the various solutions and learn new tricks.”

But, a user who was new to Ruby disliked the learning method, noting that “all it is is edit code, run code, those changes need to be made, made changes, code runs okay, next,” and that “there’s no explanation, and some of the things they want me to do are ridiculous.”

On a different Reddit threat, one user suggested that those looking to use Ruby Koans should “probably start with Codecademy courses on Ruby to learn about the syntax and basic ideas.”

If you decide not to use Ruby Koans, there are a number of alternatives online resources and bootcamps that teach Ruby on Rails and other programming languages.

How does Ruby Koans compare to Pathrise?

Ruby Koans is a useful tool for experienced programmers looking to learn new techniques for programming in Ruby on Rails. While users can find some solutions on their GitHub page, Ruby Koans does not provide in-depth code walkthroughs, recorded lessons, a discussion board, job-seeking resources, or 1-on-1 instruction or mentorship.

Pathrise is a full service organization that works with fellows on each step of their job search. We place an emphasis on preparing for technical interviews by providing workshops, 1-on-1 mentoring, and pair programming sessions. We also assist fellows with resume and portfolio building, behavioral interview preparation, salary negotiation, and more. Fellows in our program interact with their mentors 1-on-1 each week and have the opportunity to schedule additional sessions as needed.

Furthering technical skills is an important aspect of landing a job as a software engineer or web developer, so Pathrise fellows can use Ruby Koans, in conjunction with our technical workshops, to advance their current skills.

Pathrise is a career accelerator that works with students and professionals 1-on-1 so they can land their dream job in tech. With our tips and guidance, we’ve seen our fellows interview performance scores double.

If you are interested in optimizing your job search by working 1-on-1 with a mentor, become a Pathrise fellow.