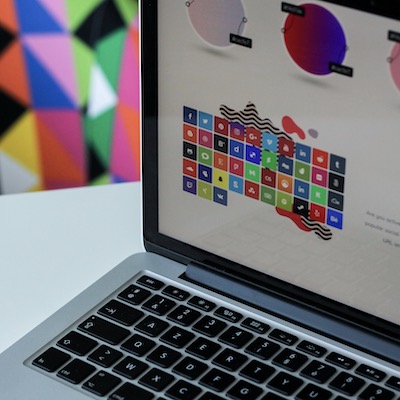 Hi, I’m Elle! I work as a product designer at Getaround and as an industry mentor here at Pathrise, where I help our fellows land great jobs in product design through technical workshops and 1-on-1s. Check out this article where I answer the question – what does a UI designer do?

Aspiring UI designers often struggle to identify job postings that match their specific skill set. Because the line between UI and UX can be rather murky, especially at smaller companies and startups, many people struggle to understand what UI designers, as opposed to UX designers, actually do.

Even without this confusion, the process of landing a job as a UI designer can be overwhelming. To help you understand what UI designers do, we have outlined the most common backgrounds and in-demand skills that recruiters and managers seek out in potential UI design hires.

What educational background do you need to land a job as a UI designer?

While some UI designers have degrees in product design and human-computer interaction, there are many other paths that aspirings UI designers can pursue. UI designers have backgrounds in a wide array of fields. Many study psychology, sociology, the humanities, graphic design, art practice, and other related fields.

In lieu of, or alongside, tradition schooling, there are a number of ways to jumpstart your career as a UI designer. Many aspiring UI designers intern at major tech companies, freelance for startups, or enroll in UI/UX or product design bootcamps, which teach them the necessary skills to land an entry level design job.

These experiences give aspiring UI designers the time and resources to build a competitive design portfolio. These demonstrate that they have the right skillset to succeed as a UI designer. If you’re not sure where to start with your portfolio, consider redesigning a product or website and writing about your process.

What is UI design?

UI design considers how people interact with apps, video games, websites, and other products. Besides ensuring that the interface is intuitive for users, UI designers curate and create the product’s colors, animations, schemes, icons, fonts, branding, and other visual elements. Like UX design, UI design focuses on providing a positive user experience. But while UX designers concentrate on how the product works, UI designers pay close attention to how the product looks, as well as how users interact with it.

What types of roles fall under UI design? What is UX/UI design?

If UX design focuses on the product’s bare bones outline, then UI design brings the screens to life through visual, interactive touch points. Some UI designers partake in some of the same tasks that UX designers do, such as prototyping. In fact, many UI designers have some expertise in UX design and are qualified for UX/UI design roles. Working together, UX and UI designers make sure that products are visually appealing while still being usable and accessible.

If you are looking for UI design roles, focus on job postings with the following titles:

Many UI designers are qualified for other product design roles, including:

We know that differentiating UI design jobs from other roles can be confusing. To help, we outlined the various responsibilities that fall under the UI design umbrella so you can understand what UI designers actually do.

In general, UX designers are in charge of conducting user research and creating personas. Then, UI designers take these findings into account as they begin the design process.

Oftentimes, UX and UI designers collaborate in the brainstorming stage to ensure that the user interface design matches the product’s architecture. At this point, many UI designers create prototypes to identify possible obstacles. Using tools such as Photoshop and Illustrator, they begin creating mood boards and sketching out possible ideas.

UI designers must consider how people respond to different patterns, spacing, colors, and typefaces, as well as buttons, icons, sliders, scrollbars, and animations. They establish style guides and a visual language, which helps assure that the design remains consistent across  the board.

In addition to selecting colors, UI designers ensure that the product has:

If UX designers are concerned about how screens link together, then UI designers sweat the small details, which is why they are sometimes referred to as pixel pushers.

Aside from making sure that the product is aesthetically pleasing, UI designers focus on making the user touch points as intuitive as possible. UI designers spend considerable time thinking about interactive properties and how to help facilitate the user’s movement through the product. They consider how users tap buttons, swipe through images, and navigate using other visual touch points.

UI designers are well versed in responsive web design. They must evaluate how the product’s design and development respond to a user’s behavior and environment, including their screen size and device. This approach takes into account grid sizes, layouts, images, and other design elements. UI designers thus assess how each screen and page are laid out. They have to determine where they should place the most important touch points and decide whether or not a slider is a good option for certain displays.

Collaborate with other stakeholders

Alongside their technical skills, UI designers need to have excellent soft skills. UI designers communicate with a number of stakeholders across tech. They interact with clients, researchers, writers, content strategists, digital marketers, and other designers. Being empathetic and creative is crucial, but UI designers must also have a passion for problem solving on teams. Most importantly, they need to effectively convey their design ideas to developers. These teammates evaluate whether or not their designs are feasible within a given timeframe.

Pathrise is a career accelerator that works with students and professionals 1-on-1 so they can land their dream job in tech. If you are interested in optimizing your product design job search by working 1-on-1 with a mentor, become a Pathrise fellow.