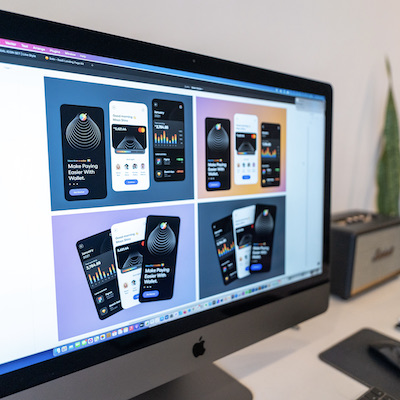 About the author. This guest post was written by Kenzie Academy, a tech & coding school headquartered in Indianapolis. Kenzie prepares people for the future of work with tech certificates, especially students who have been underserved by traditional higher education. Kenzie offers online and in-person certification courses in software engineering and UX design. Check out our article which compares Figma vs Sketch.

Design tools have the power to help or hinder your workflow immensely. Even Figma and Sketch, two of the most popular design tools for UX designers, must balance this power. There’s been much debate about which one is better and more useful in the industry. Both applications have their pros and cons. Therefore, today we will examine each so you can choose the one best suited to your needs and wants as a designer. So, Figma vs Sketch… which design tool should you use as you become a UX designer? Read on to find out.

Figma vs Sketch – The similarities

Sketch and Figma are both vector-based tools used by UX designers to create wireframes and interface designs. On Sketch, you can work on artboards while on Figma you’ll create on frames. The interfaces are also pretty similar. They both have a canvas to create on in the center, layers on the left, and tools sitting at the top of the page.

So, what is Figma? Figma is a collaborative design interface tool. Teams can contribute to designs, wireframes, and prototypes using the web-based tool. Figma stores creations in the cloud. People love Figma for its efficient workflow, accessibility, connection to the cloud, and file-sharing capabilities (think: live links and easy exporting). View a full guide to using Figma here.

Figma offers several payment options including one for starters (beginners), one for professionals, and one for organizations. The starter option is free. It includes 3 projects, 30-day version history, up to 2 editors, unlimited cloud storage, and unlimited free viewers. The professional option is $12 per editor a month. This comes with unlimited projects, unlimited version history, custom file/user permissions, invite-only private projects, and shareable team libraries.

Figma allows for easy handoff between designers and developers. In addition, it has the ability to leave comments in the design for easier collaboration and communication. Because Figma operates on the cloud, you won’t have to worry about it taking up space on your hard drive like you would with a desktop application.

Figma’s collaborative nature is a big reason why people love the software so much. And in fall 2019, the company released a beta version of Figma Community. Now, creators from around the world can share resources, host events, and join networking groups. Therefore, emphasizing Figma’s community feeling even more.

Figma is also incredibly accessible as it’s available to anyone who can access a browser. While features are limited in its free starter option, it is more accessible to students, new designers, and hobbyists.

Figma operates on the web which makes it difficult to edit projects when you’re offline. There is a workaround for this though. You can open projects before you go offline and you’ll be able to edit them without being connected to the Internet later.

Sketch is a tried and true vector-based graphics editor that’s been around since 2010. It’s available for macOS devices. Moreover, it is known for having a wide variety of plugins that empower designers to customize the program so they can get a truly great design experience out of the application. Check out this full guide to using Sketch to learn more about its features and specifications.

In recent years, Sketch developers have really worked to create a more collaborative feeling on the app as well. On the team’s version of the app, team members are given access to a shared cloud workspace. Here, projects can be stored and updated all in one place and stakeholders can seamlessly leave feedback on projects.

Sketch’s pricing scheme is a one-time payment of $99 for individuals. This includes the Mac app, one year of Mac app updates, one year of saving to the cloud, and a personal cloud workspace. With this option, you have the choice to pay a $79 annual renewal fee to receive updates and save to the cloud. Organizations can pay $9 per contributor seat monthly or $99 annually. This version includes access to the Mac app for all contributors, a shared cloud workspace for collaboration, free cloud access for unlimited viewers, and easy team management.

Because Sketch has been around for so long, it’s widely respected and used. According to the Sketch website, the platform is used by teams at Facebook, Google, and XBox. Sketch is known for its plugins, of which there is an amazingly wide selection. No matter what you want to design or how you want to create it, there’s likely a plugin to help.

Sketch is only available on Mac devices which makes it a non-option for designers who operate on PCs. It can also be a bit pricey for new designers, hobbyists, and students due to its large upfront fee and annual subscription fees.

Figma vs Sketch – Which one should you use?

Figma and Sketch both come with their own strengths and weaknesses. For some designers, Sketch may prove to be a better choice thanks to its wide use and huge library of plugins for a more customizable design experience.

On the other hand, it’s easy to see why Figma is growing in popularity. Figma’s collaborative nature and accessibility make it a great choice for many designers. The fact that it’s web-based and can be accessed by anyone on a browser and for free makes it a perfect fit for many.

Google Trends illustrates a decline in interest for Sketch and an increased interest in Figma and Adobe XD over the last few years. Figma and Adobe XD were both released more recently in 2016. Plus, they came onto the market with a bevy of great features. However, Sketch has an advantage since it was the first on the market. It still holds a lot of power in the industry. It will likely continue to be a favorite for many designers in the years to come. Sketch will also likely continue to see updates that modernize the app in the areas it falls short when compared to its newcomer counterparts like Figma. Updates like two-factor authentication and SSO, real-time collaborative editing, artboard-level annotations and comments, advanced sharing options, and integrations with cloud API are already coming down the pipeline.

That being said, both applications remain competitive and the choice to use one over the other will largely depend on the personal preferences of an organization or individual.

When it comes to Sketch vs Figma, it’s important to remember that choosing a design tool is largely up to personal preference. While you can and should weigh the pros and cons and do your own research on each tool, you may find one tool is more comfortable and easy to use than another. No matter what the reviews say, go with the one that gets the job done well and is a good fit for how you work.

Whatever you decide, you can feel good about choosing either Sketch or Figma. At the end of the day, they’re both high-quality design tools that can empower you to do your best work as a designer.