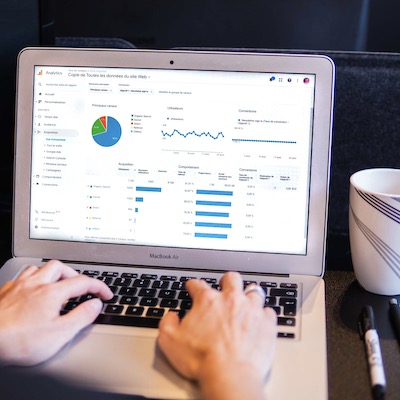 Hi, I’m Olga! I have years of experience in data science, most recently at eBay. Now, I work as an industry mentor at Pathrise where I help data scientists land great jobs through technical workshops and 1-on-1s. Check out my article where I explain the compare and contrast data analyst vs data scientist.

Starting your job search can be overwhelming. Whether you have just finished college or a bootcamp, you are transitioning to a new field, or you are looking for a new role because of a layoff, knowing the right role for your background and goals is a good first step. We work with job-seekers every day and we know how important it is to search for roles that match your skills, education, and experience.

If you have a background in data, you are probably seeing a lot of data analyst and data scientist positions. To help you narrow down your search, we have outlined the similarities and differences between data analysts and data scientists as well as included information about the skills, tools, and salaries for each role.

What does a data analyst do?

Data science is one of the fastest growing fields, especially in the tech industry. In this industry, data analysts work on a team, often with data scientists and sometimes with data engineers. Their main focus is to collect data on a certain topic or project and then organize, interpret, and create reports to present findings. Often, they coordinate with teammates and data scientists to perform competitive analysis and identify industry trends. In the end, their ultimate goal is to determine solutions and next steps. Learn more about what data analysts do in our article.

What does a data scientist do?

There is a fair amount of overlap between the goals of data scientists and data analysts. In fact, data analysts often support data scientists, who often use the organized data sets from their analysts as the basis of their work. Data scientists use algorithms and programming languages like SQL and Python to come to conclusions and make recommendations for solutions to business problems. In addition, they often create decks so they can present their findings to stakeholders and team members. Then, they run tests to prove their hypotheses and make changes as needed. Learn more about what data scientists do in our article.

Similarities and differences between data analysts and data scientists

Since data analysts and data scientists often work closely with one another, knowing the similarities and differences between the roles can help you decide which is a better fit for you.

Recruiters and hiring managers are looking to make sure that new employees will provide impact and be an asset for the team. That means that they are looking for specific skills. So, in order to land a great job and be successful in these roles, data scientists and data analysts should have the following skills.

Learn more about data science skills needed to land a great job in our article.

Both of these fields are highly technical and require knowledge of a variety of different tools. By having these tools on your resume, you can let recruiters and hiring managers know that you have the right knowledge for the role.

Learn more about data science tools needed to land a great job in our article.

In general, data analysts need less prior experience than data scientists. In fact, some people move from analyst to scientist after a few years. Many data scientists have bachelor’s degrees and, often graduate school as well. Therefore, the salary for these roles is typically high, with data scientists making more than analysts.

According to Glassdoor, average compensation for data scientists is $113k. On AngelList, the average salary for a data scientist is $99k. This is likely a more well-rounded salary average because it includes startups. Learn how to increase your data science salary above the average through negotiation.

If you want even more support, Pathrise is a career accelerator that works with students and professionals 1-on-1 so they can land their dream job in tech. With our tips and guidance, fellows in our program see 3x as many responses to their applications, interview scores that double, and a 5-20% increase in salary.

If you want to work with our mentors 1-on-1 to get help with any aspect of your job search, join Pathrise.

Is Pathrise worth it? Check out our article to see for yourself. Updated in 2021 Pathrise has one goal: to …